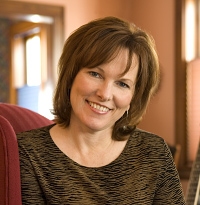 Numerous musicians have called upon her services (see Testimonials) with one of the most rewarding of these being a three-day intensive in Los Angeles with singer-songwriter Lennon Leppert.

Brenda has been a performer of one kind or another since 1979, when she first began singing her original songs at a Saskatoon coffee house. Songwriting took her to stages across Canada, including repeat appearances at the Winnipeg, Hamilton and Regina Folk Festivals, among others. Between 1985 and 1995 she toured numerous Canadian clubs and was in high demand as an entertainer for conference dinner shows with her satirical, political repertoire. She released two critically acclaimed CDs of original music, the first of these receiving a Saskatchewan Music Award for Best Female Vocalist. From 1986-89 she also honed her skills as a CBC radio broadcaster, serving as a regular Saskatchewan weekend host, newsreader and arts reporter.

Brenda’s songwriting career for grownups overlapped with her work as a young audience entertainer, which is how she’s become best known in Saskatchewan. In 1999 she starred in Prairie Berry Pie, a national TV show for preschoolers. She released three CDs for kids, the last of these being short-listed for a Canadian Indie Award for Outstanding Children’s Album. She is currently raising a four-year-old, but continues to perform whenever possible in schools and at special events. She’s also the founding director of Kids of Note, and in her spare time (ha ha) is writing novels for teenagers. (This gives her something in common with husband Art Slade!)

Brenda’s formal education — a BFA in visual art — included a mandatory class in theatre. She immediately caught the “bug” and chose to continue this training until she completed her fourth year of acting in 1983. This stage experience, along with years of performing for all ages in a wide variety of venues, have given her much insight into the art of live musical performance.

Want to know more about Brenda?